Ashley Sofia grew up in the heart of the Adirondack Mountains, just a quarter mile from her grandparents’ apple orchard in Upstate New York. Her mother collected books and antiques, and her father—a former merchant marine—taught her the art of storytelling and folk songs on the same guitar he traveled the world with. Drawing heavily from her surrounding landscape and leaning into the isolation that living in a state park afforded her, Sofia began a prolific career in songwriting at the age of 17.

Sofia released her debut record, Love and Fury, in 2014, with critical acclaim heralding her as the “21st-century reincarnation of the Laurel Canyon folk-rock sound.” After the success of Love and Fury, Sofia ventured outside the Blue Line of the Adirondack Park and began a new chapter in Nashville, where she still lives and makes music.

Enlisting the help of her closest friends in the business and some of the best musicians in Nashville, Sofia co-produced her sophomore album, ​Shades of Blue ​— she also holds the sole songwriting credit on every track, making this record a singular vision of things she has felt and seen while navigating her twenties and traveling across America. Her uncompromising take on both the struggles and victories that connect us all is accentuated by a 1970s-inspired sound, complete with organ and sitar, along with unmistakably rich vocals.

Includes a download of the album Shades of Blue
$12.99

Get a signed copy of Ashley Sofia's sophomore album, Shades of Blue, when you order from her online store. 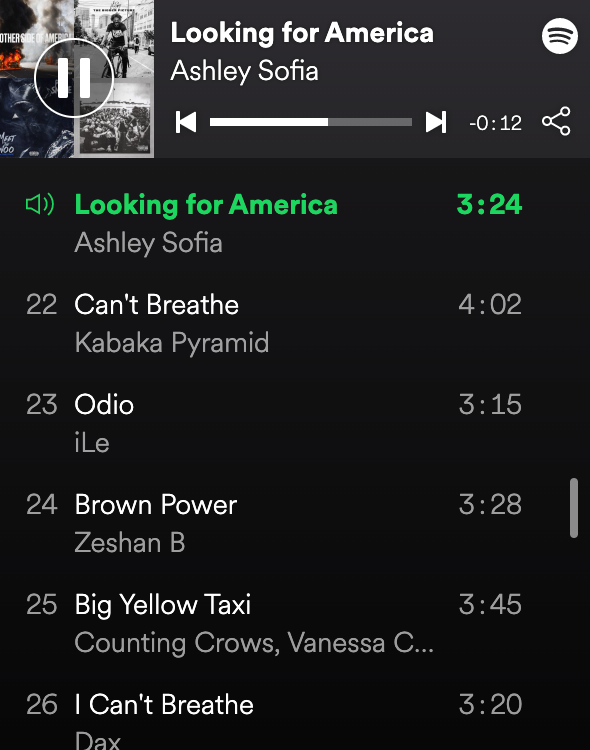 The Sound Of Dissent: What Today’s Protest Anthems Tell Us About This Movement 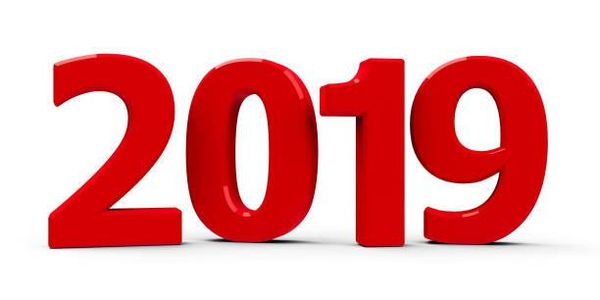 Our DJ's cull through the music of 2019...  Here's what they picked as their personal favorites. 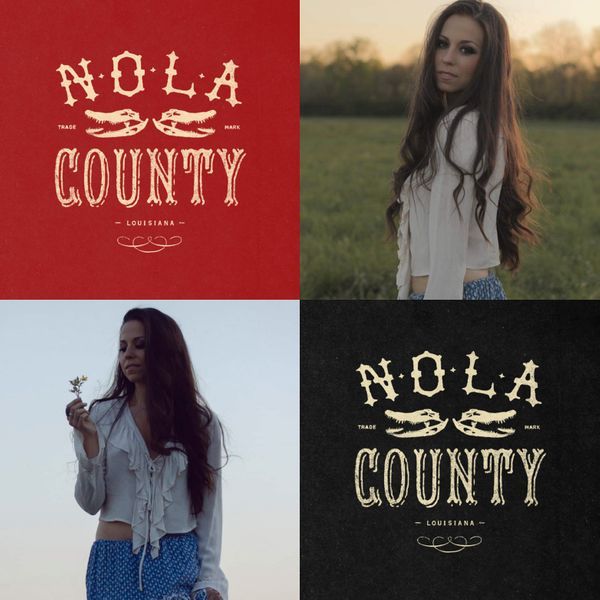 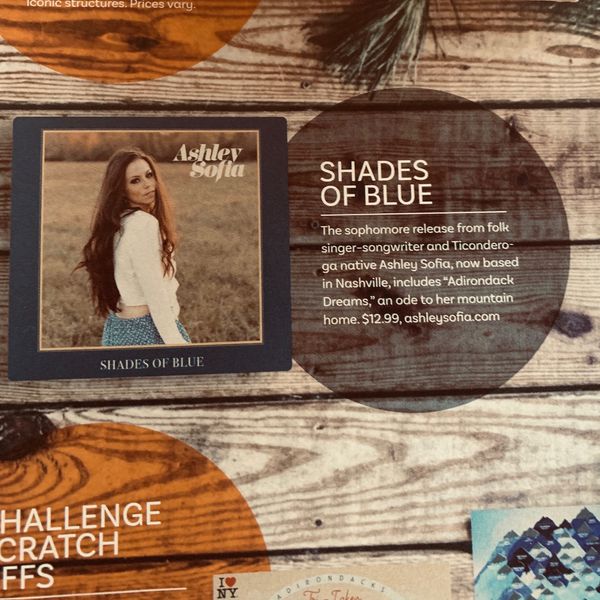 Holiday picks from the editors 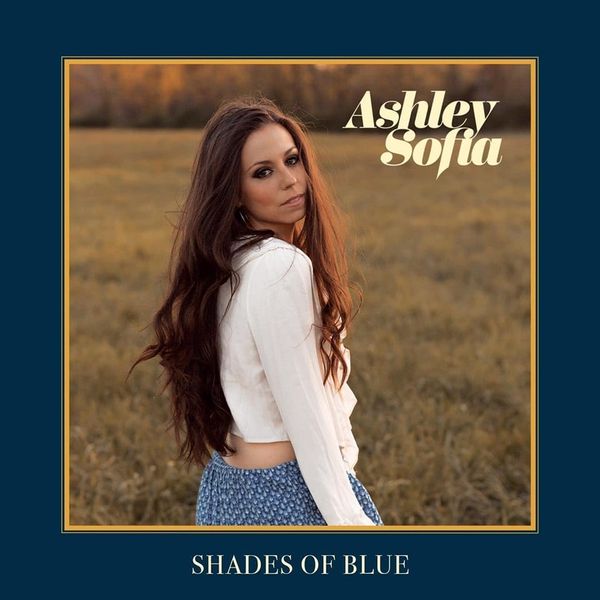 The Adirondacks are known for their mountains and beautiful scenic views, but soon they are going to be known for being from where singer-songwriter Ashley Sofia hails. 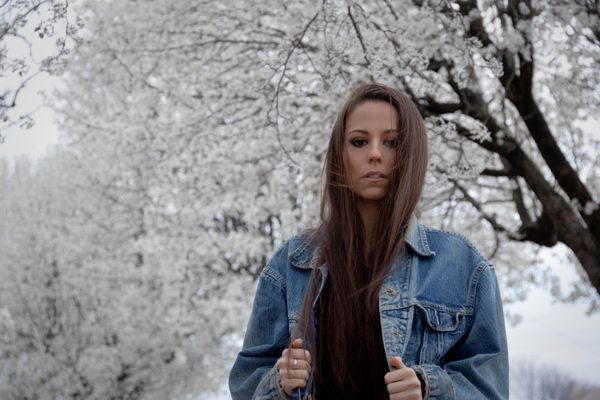 There's been a resurgence in roots-country, an offshoot of country music that eschews the glossy conventions and production of the more commercially prevalent pop country... 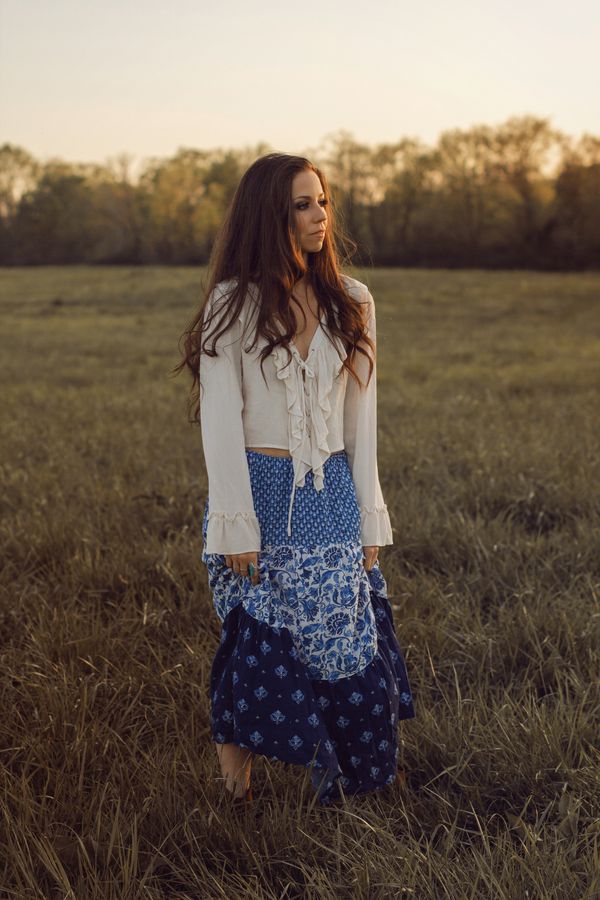 Ashley Sofia is looking for America.

Before her move to Nashville, the folk-country artist was raised in upstate New York. 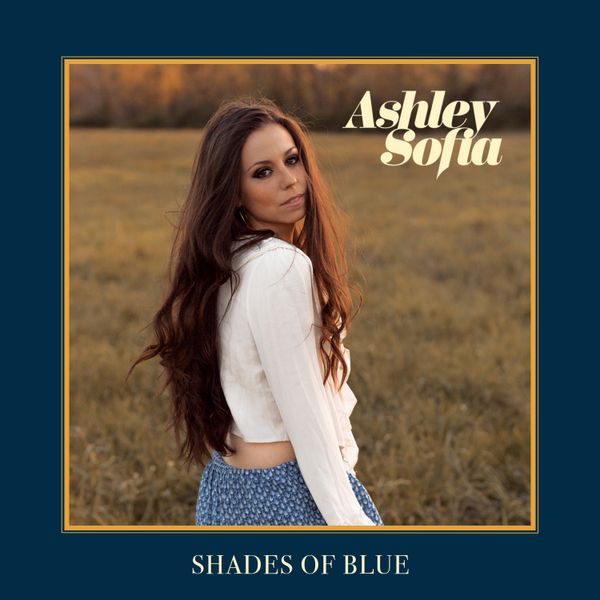 Raised in the Adirondack Mountains and now based in Nashville, Shades Of Blue is Sofia’s second album, a baker’s dozen of self-penned folk rock tracks co-produced with Kenny Baumann... 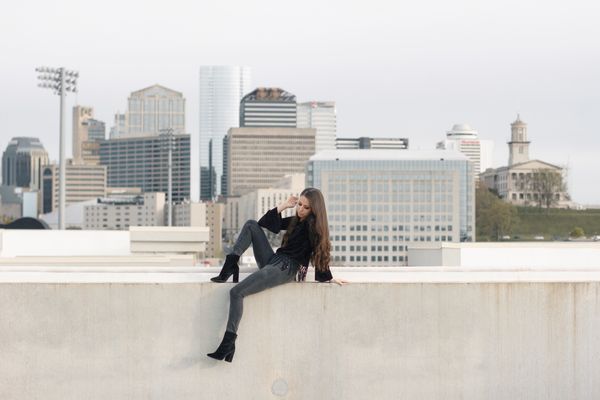 Folk-rock singer-songwriter Ashley Sofia releases her sophomore album Shades of Blue, a thoughtful collection of songs on our common struggles and victories that connect us. 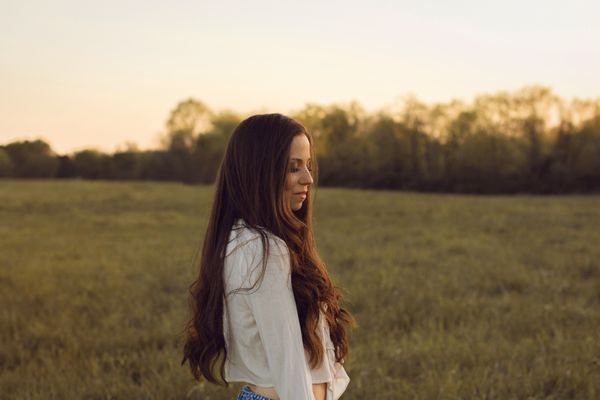 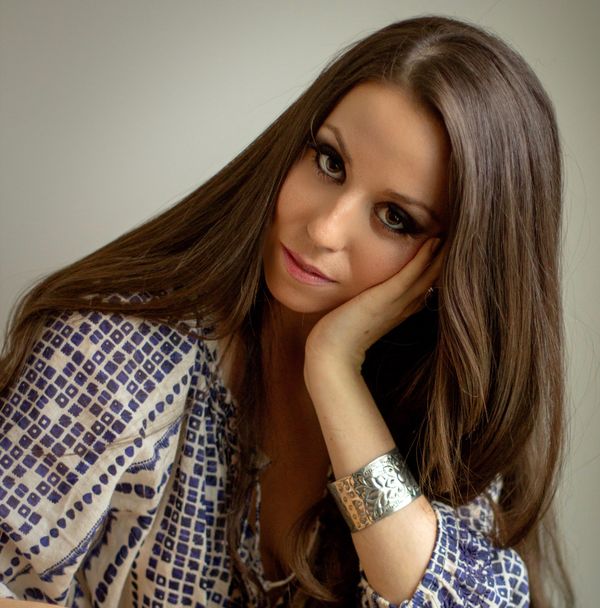 DittyTV is a television network that celebrates Americana and Roots styles of music. 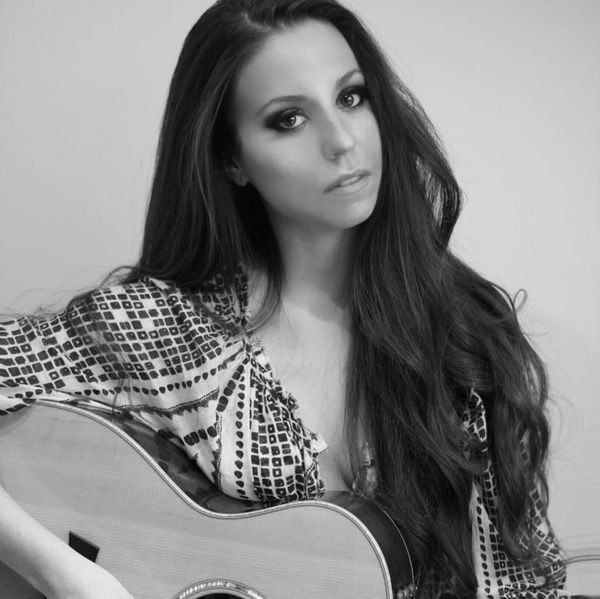 A snug little hamlet in the southeastern corner of Essex County, and home to roughly 5,000 people, including Nashville singer songwriter Ashley Sofia. 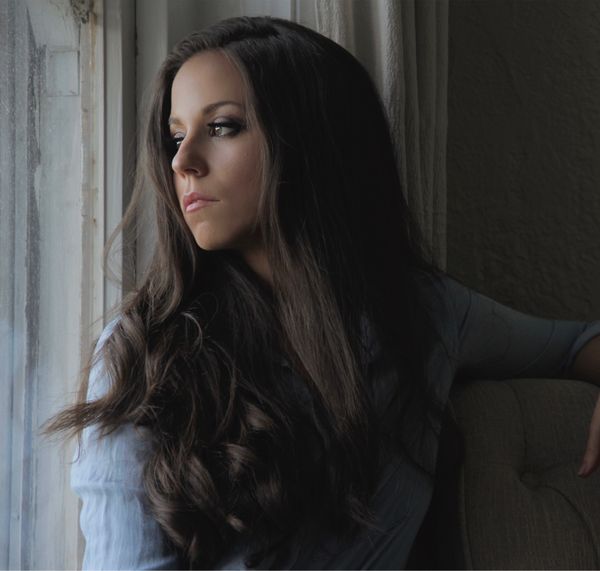 Here’s a hauntingly beautiful song from folk-rock singer/songwriterAshley Sofia. “Battlewounds” gets straight to the heart of how we all should be kinder and more thoughtful. 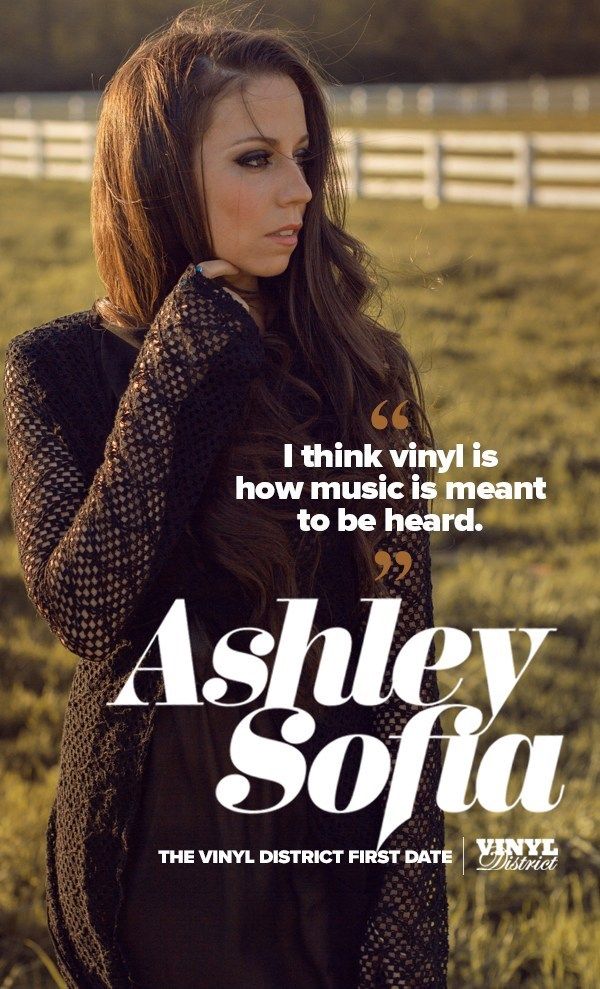 “Growing up my parents had kept a very curated sense of art, music, and books in our house that I was exposed to. 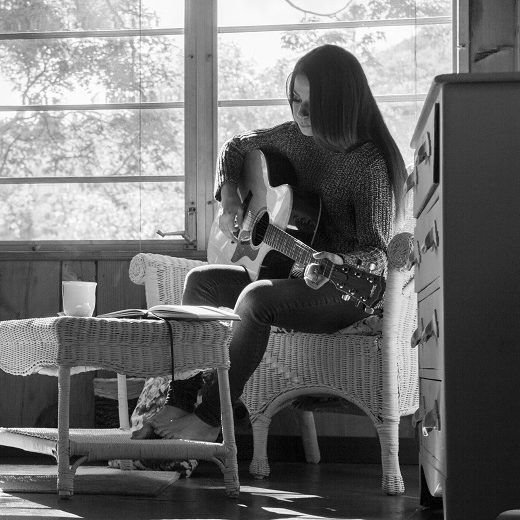 In Their Words: “I grew up a quarter mile down the road from my grandparents’ apple orchard in the heart of the Adirondack Mountains. 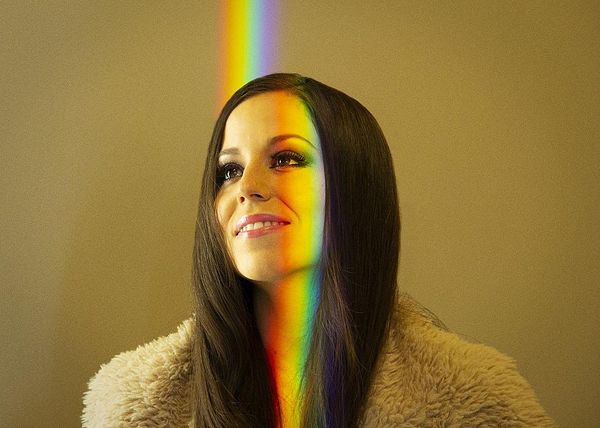 Ashley Sofia, 'That Girl Is a Rainbow' [EXCLUSIVE PREMIERE]

"That girl is a rainbow, and that boy is colorblind," Sofia sings. "One day that old rain is going to clear" 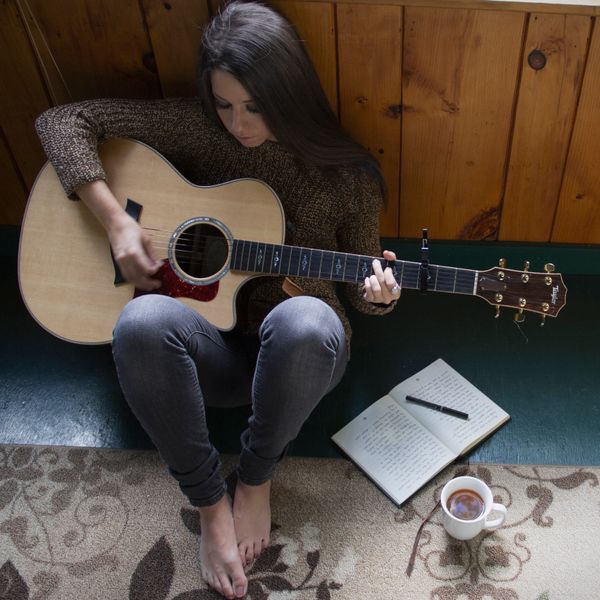 Ashley Sofia grew up in the Adirondacks, and is in Nashville now chasing her dream. She’s built it over years of inspiration, hard work, and talent. 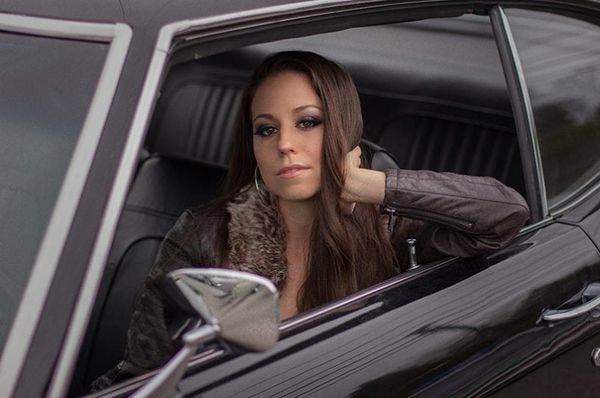 Video Premiere: Ashley Sofia's Neo-Western 'Make You Love Me Too'

If the video for singer-songwriter Ashley Sofia's daring "Make You Love Me Too" feels incredibly cinematic, it's for good reason.